Writing Exercise #3 - The Fish, The Turtle, & The Monster. 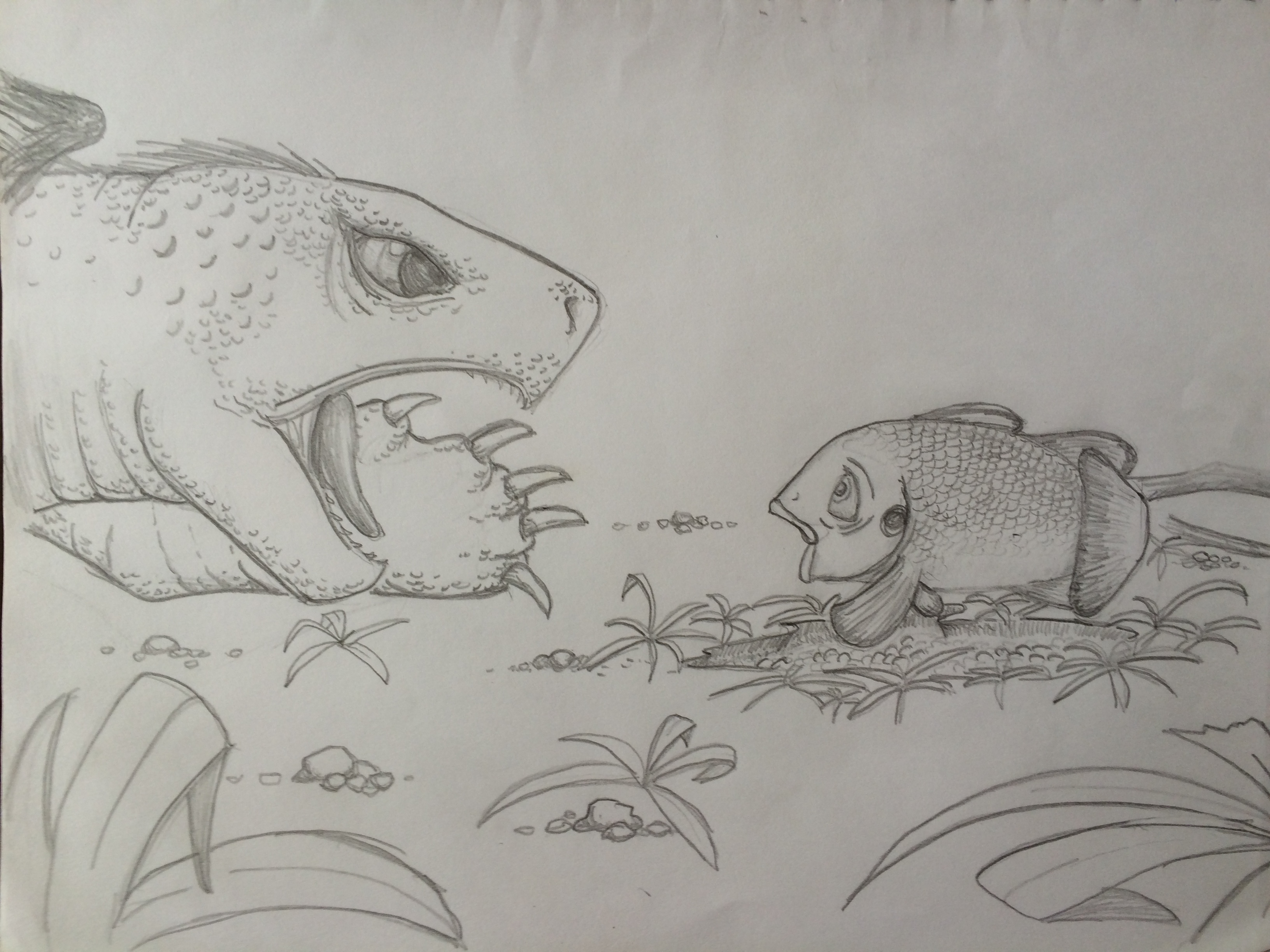 This was a short story based on actual events at a cottage in Canada. This really happened, people!  Even if it is told from a fictitious perspective.

Silence. There was silence all around in the quiet water by the shore. That was the way the mother rock bass liked it. She held herself still in the shallows, hovering over a small clearing in the mud which exposed the sandy bottom. This was her nest. 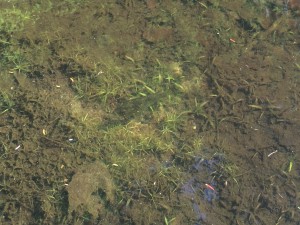 It was lovely. The short plants that surrounded it formed a neat hedge which protected the precious eggs inside.  A large dock nearby provided shelter from predators or sun. But that was almost irrelevant as she would defend her nest vigorously against any intruder and rarely leave it unguarded.

The afternoon sun now shone down through the water, warming the bottom and leaving the mother rock bass feeling exposed. The sun baked her back and she longed for the cool shade of the dock. But she would not leave her eggs. The post was hers and she would guard it.

Suddenly the silence felt wrong. In the darkness of the deep water beyond the dock, something stirred. The little rock bass held as still as she could. Her eyes only twitched slightly as they sought the danger she feared in the dark water.

Slowly, a monstrous head began to materialize as it pushed its way into the shallows. The rock bass froze. Fear clutched her heart. It was an enormous snapping turtle – and it was coming right toward her! 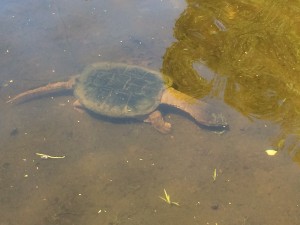 The turtle was ten times her size; it’s hideous head alone was as big as she was. It’s gnarly claws plied the water of the shallows while its scaly tail swished back and forth. It was hunting for an easy meal.

The rock bass sat motionless, her tiny heart thumping. The huge turtle slowly clawed its way toward her through the water. Would she run? She thought of her beautiful nest and resolved to stay. But as the turtle came withing inches of her, her courage failed. The massive head opened its crusty, gaping mouth and it seemed like it might indiscriminately swallow her AND the precious nest. She backed off – her insides breaking with her defeat.

Just then a boom shook the shallows. A thudding BOOM BOOM BOOM stopped the coming turtle still in the water. Above, beyond the surface of the water an even larger monster appeared. And gave a shrill bellow.

“Mommy! Look at the size of that turtle!” 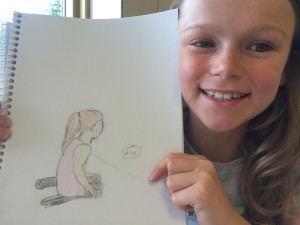 A leering head hung in the air above the turtle. It had a large fleshy face and a long golden mane. The creature’s long pale arms gripped the edge of the dock just above the stunned turtle. Then came more booming.

The water pulsed with the thundering arrival of more fleshy monsters, each of them leaning out over the water and pointing their clumsy claws at the huge turtle.

The turtle was was becoming nervous. The crowd of monsters was right above it – probably gathering to strike. That was too much for the turtle.  It pointed its scaly head under the dock and paddled hard away from the rock bass and her nest.

The rock bass hurried back to her post. The monsters above pounded off down the dock looking for a glimpse of the retreating turtle. She let herself breathe and rest a little. The danger had passed. The shallows grew quiet again. And she was on guard, fanning her eggs and resolving again to sheild them from almost anything.