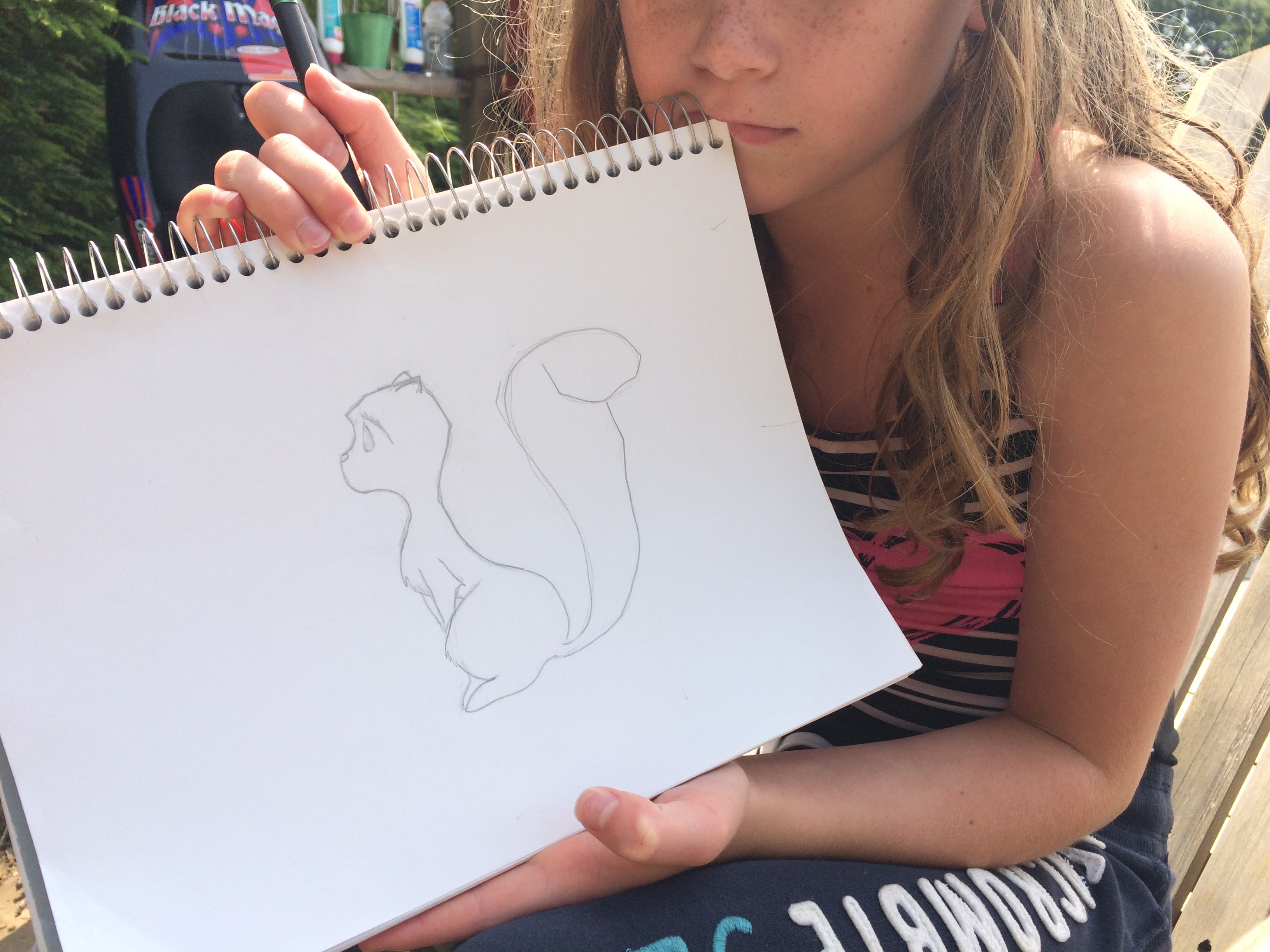 Corbett did a really nice job drawing a squirrel character from one of my stories. She uses no reference and is able to come up with these great animal bodies right out of her sweet little head.

Jon liked this one so much that he asked her to have a class to show us how to draw it. We set up on the dock and Corbett introduced herself as Professor Donkey Boy.

This is my story about this drawing class I took with Professor Donkey Boy. 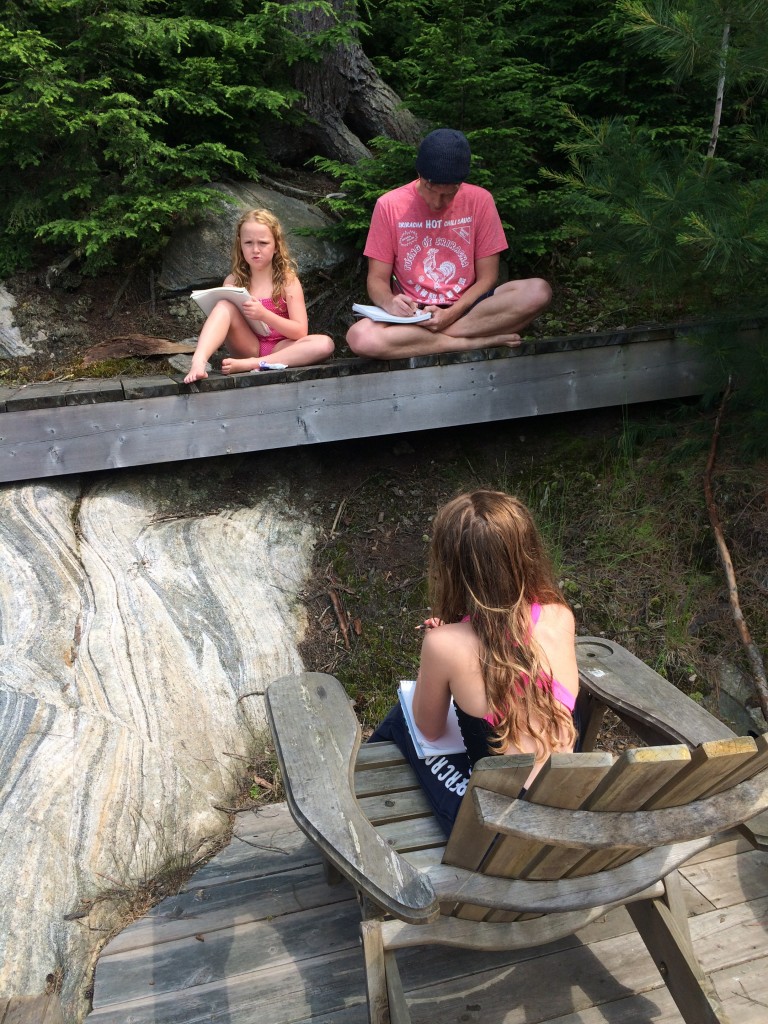 These were some of the other people in my class.

The professor informed us that we had signed up for sessions one, two, and three. 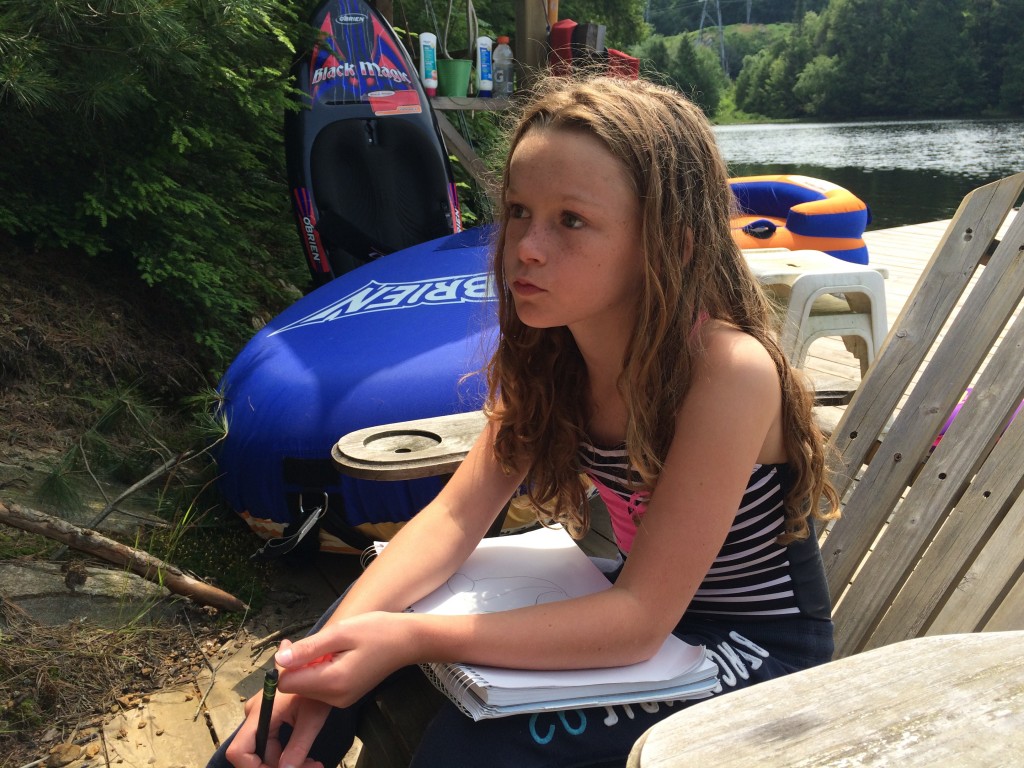 She showed us how to do each step. Mine was terrible.

It all seemed to go OK at first. Except that mine was awful. 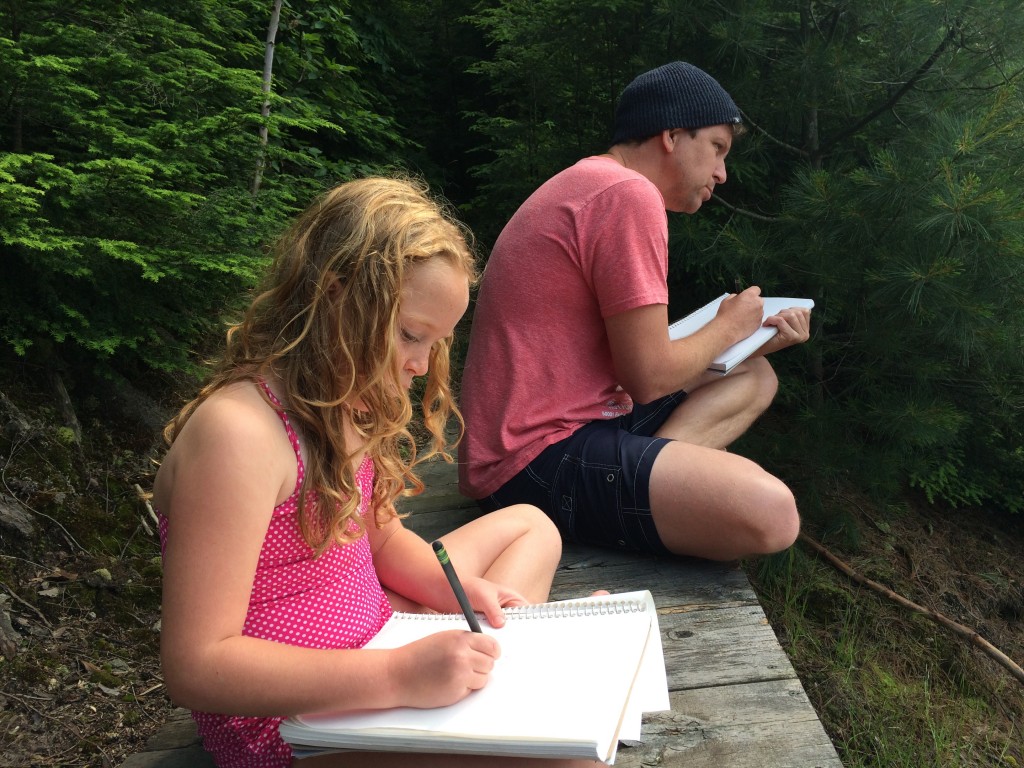 I was sure the rest of the class was doing so awesome and I thought about accidentally throwing my whole drawing pad in the lake, but we were too far from the water.

And then this other girl in the class started CRYING!!! 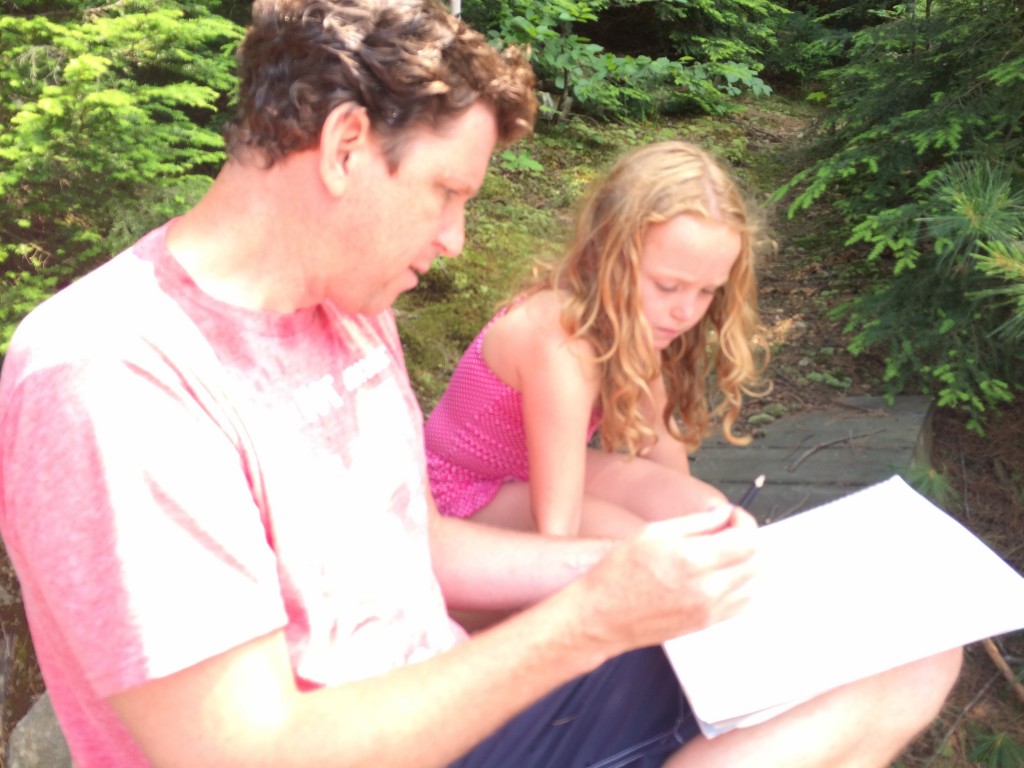 She said it was too hard and she couldn’t do it and it was exactly how I felt but I DIDN”T CRY!! I also did not throw my paper in the water.

The crying girl gave me hope to go on, I think. The guy next to her helped her. I pretended not to notice but I listened to what he said. He was really nice.

The Professor helped that girl, too. 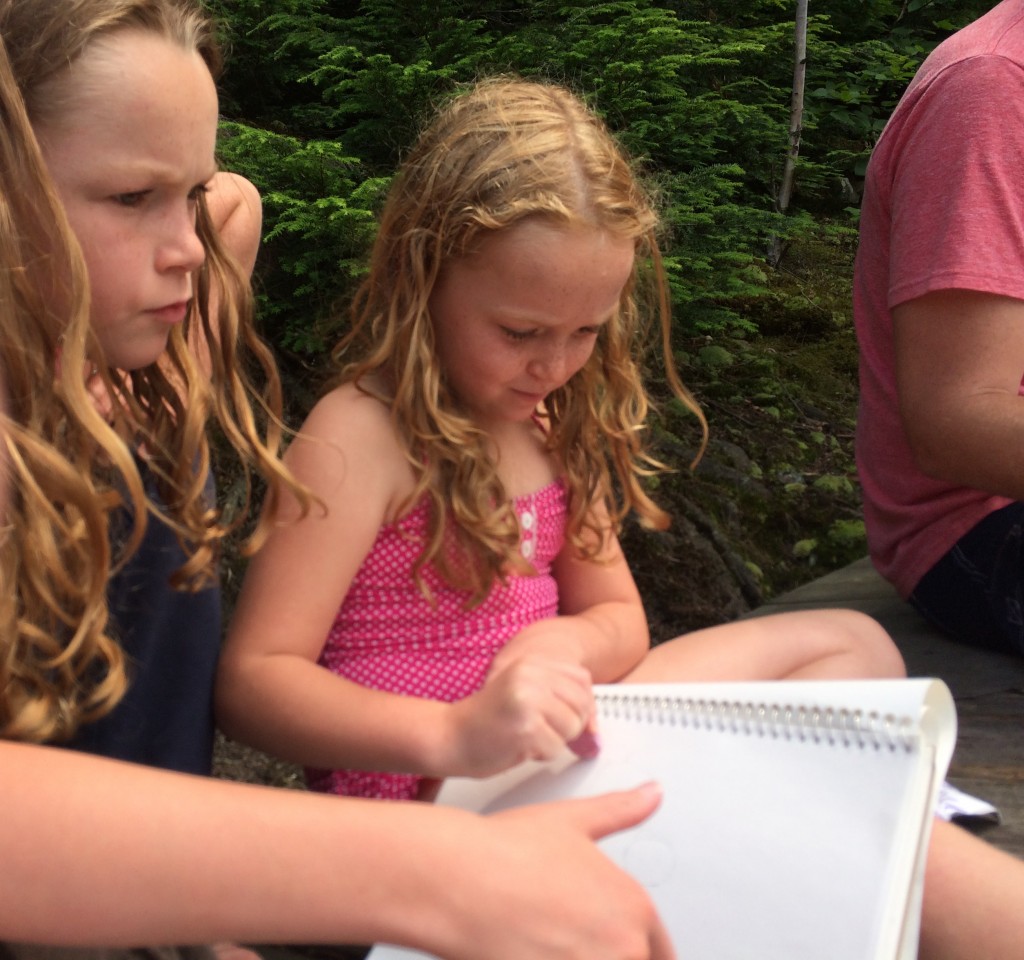 I would have been SO embarassed!

But she kept going!! 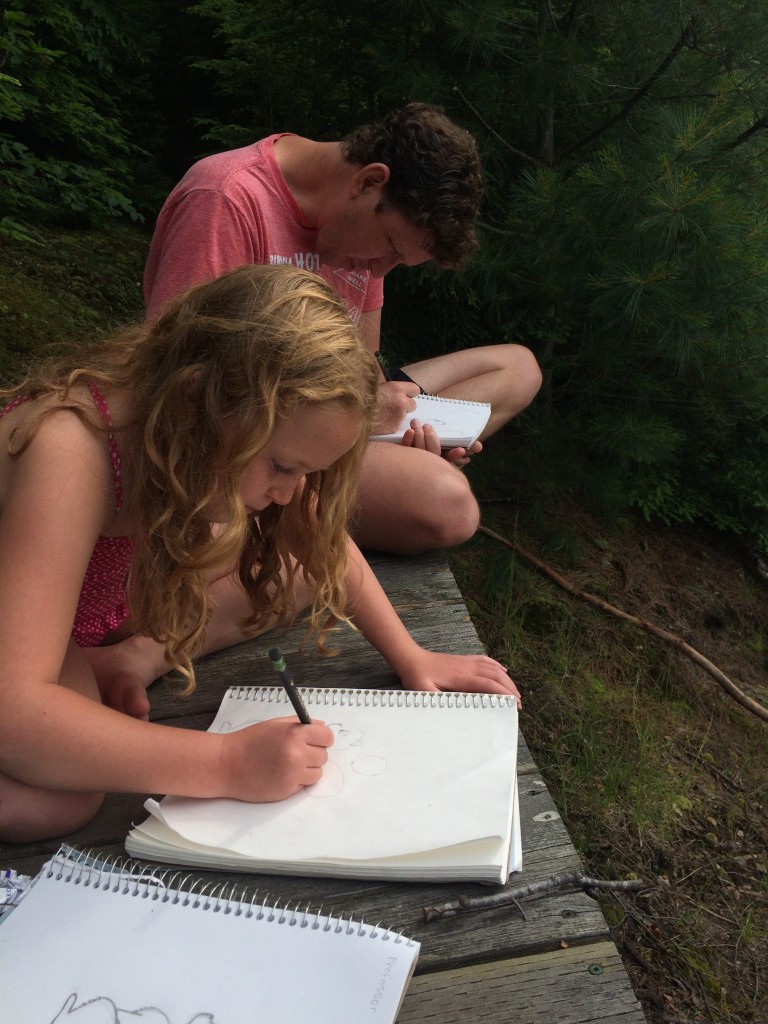 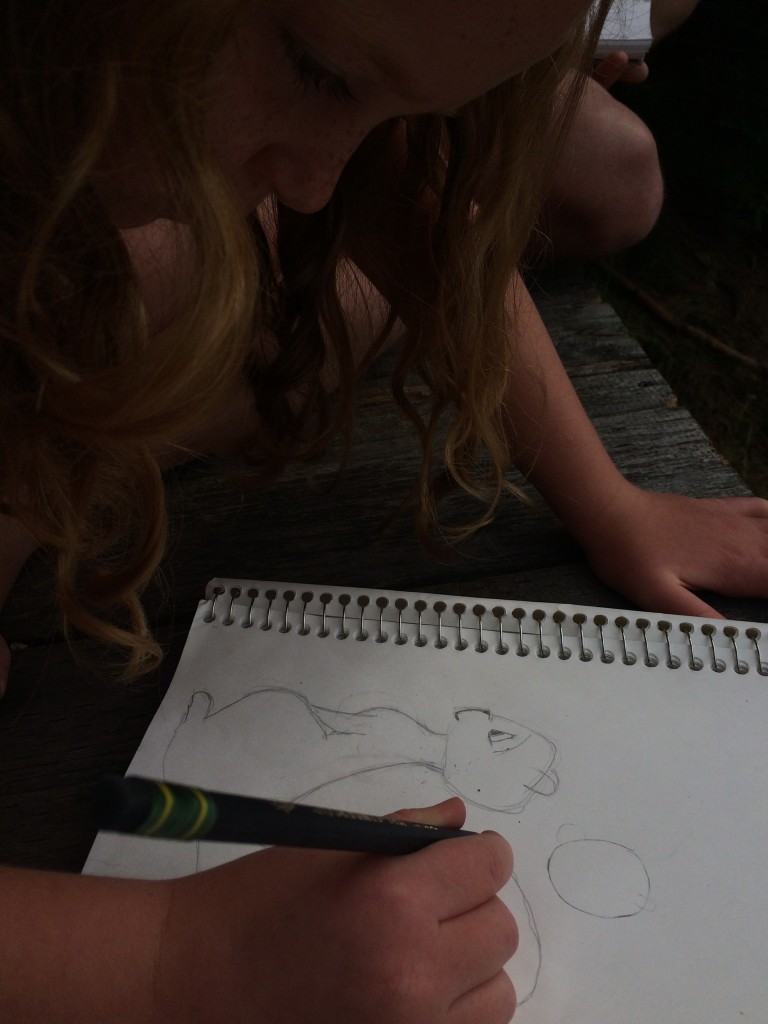 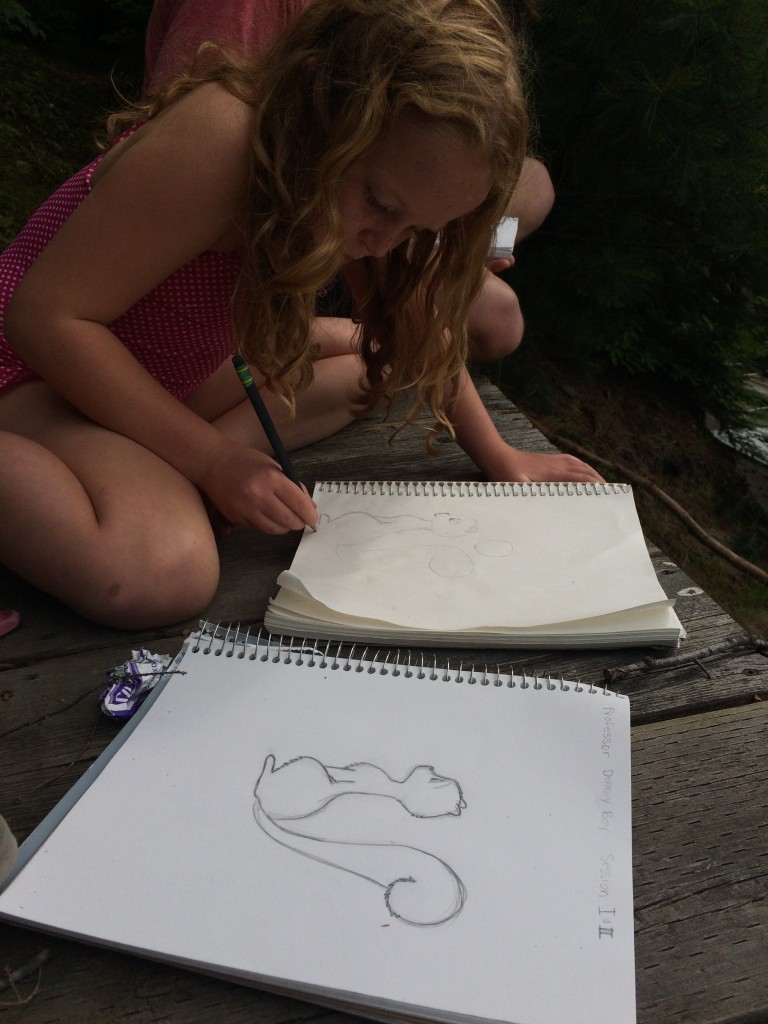 This is my squirrel at the end!! 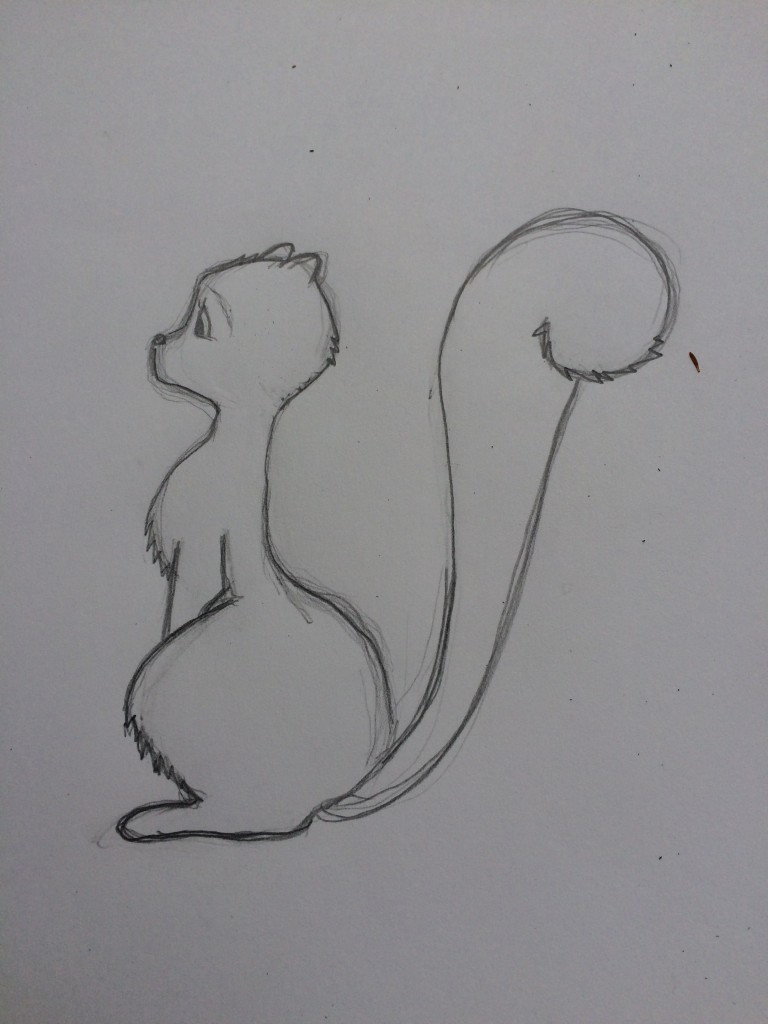 Professor Donkey Boy is the best!!!